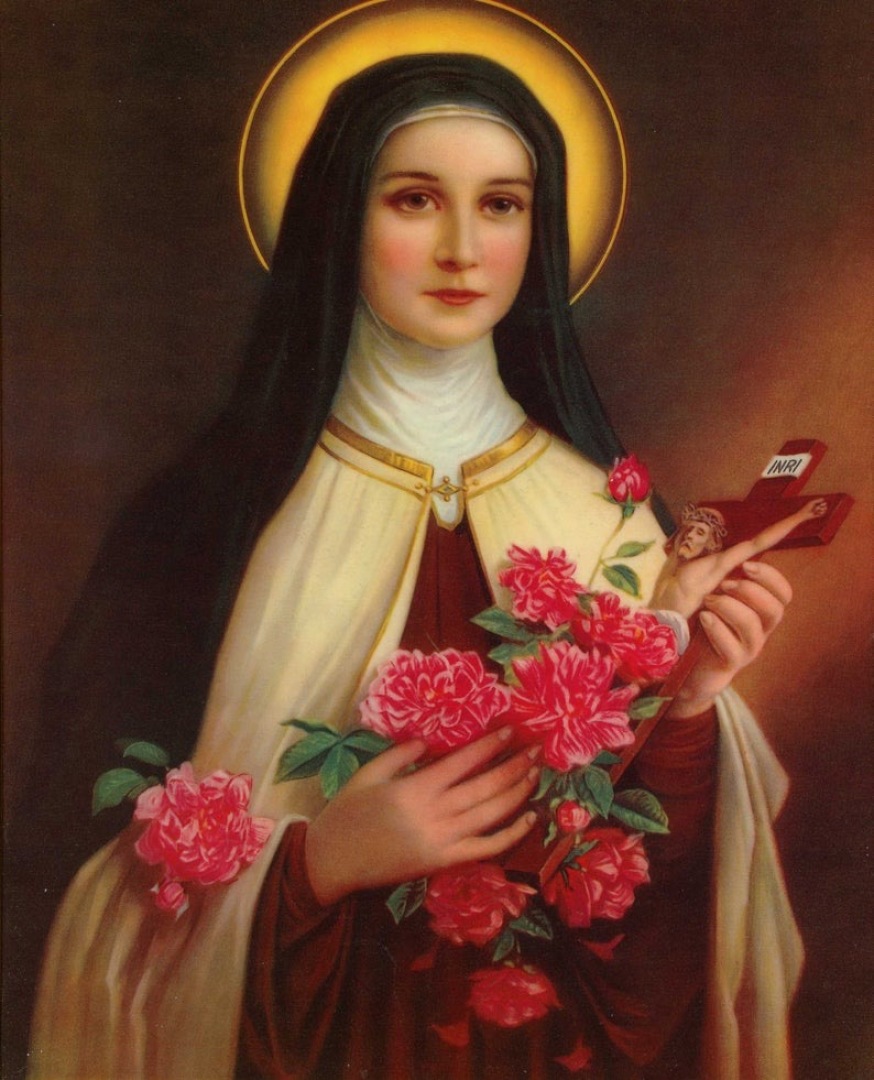 The story begins….. 1929 in Middlebranch, Ohio, a small village adjacent to the Diamond Portland Cement Company, with a large Italian immigrant population, many of whom were Roman Catholic.  Mrs. Augustus M. Hickey of North Canton saw the need for a mission to serve the people of Middlebranch and the surrounding areas.  The Most Reverend Joseph Schrembs, Bishop of Cleveland organized the new Mission called “Little Flower”.  The old Middlebranch public school building was donated to the diocese by Nick Grant to be used as a chapel for the mission.  Renovation began on the schoolhouse for the people to attend and worship.  “Little Theresa” was chosen as the patron Saint of the new Church because of her affection for mission churches, and of favors granted through her intercession to the Eucharistic Lord.  On December 15, 1929 the first Mass and dedication of the chapel was celebrated by the Most Reverend Joseph Schrembs.  Initially, Little Flower Mission was attached to St. Paul Parish in North Canton with Rev. Ralph C. Kotheimer as pastor, later, in 1933, because of the large number of people of Italian descent Little Flower Mission was assigned to St. Anthony Parish in Canton.

On May 15, 1943 the Diocese of Youngstown was established from six counties in Northeastern Ohio (Ashtabula, Trumbull, Mahoning, Columbiana, Portage & Stark), originally part of the Cleveland Diocese.  From 1929 through 1966 various new organizations began; Parish Council, Men’s Club & Altar & Rosary Society.  On January 21, 1966 Reverend Edward F. Varble was appointed pastor of Little Flower by the Most Reverend James W. Malone, Apostolic Administrator of the Diocese of Youngstown.

In 1966-1967 thirty-two (32) acres of land on Diamond Street was purchased.  The Church Rectory was built by the men of the parish in September 1967. Between the years 1968-1970 the Parish Hall, classrooms and temporary church were built in two phases.  Preschool was started in 1974.  Ground was broken for the new permanent church in the spring of 1976.  The first Mass was celebrated in the new Church in May of 1977.  New Stained Glass windows were installed in the Church in 1979 and the Bell Tower & Chimes were built in front of the Church in 1980.  Between the years of 1983-1984 the Parish Picnic Pavilion was built.  In 1998 the parish social hall was renovated and renamed “Varble Hall” in honor of the pastor who built the original church, Fr. Edward F. Varble.

In 2009, a one-of-a-kind Holy Trinity Mosaic was designed by Marchione Studios and installed on the back wall of the Sanctuary.  Beautiful enhancements of mosaic were added to the Blessed Mother, St. Joseph statues and the Stations of the Cross which came from the original Mission Church. The Sanctuary Lamp, which was also from the original Mission Church, has been refurbished and is now hanging in the Sanctuary. Two beautiful white Angels with mosaic backgrounds were added to the East & West sides of the Sanctuary.  New Stained-Glass Windows of the Apostles and Special Saints were installed at Christmas 2009.

On August 5, 2020 two stained-glass windows from the first Little Flower Church were blessed by Canon Christopher Henyk.  Both windows, one depicting St. Anthony and the second one St. Joan of Arc, were sponsored in Loving Memory of Anthony DeGioralmo.  The windows came back to us after 54 years of separation. Thank you to Flo DeGioralmo and family for this beautiful gift to our parish. The stained-glass windows were purchased from the Studio Arts & Glass in Canton.